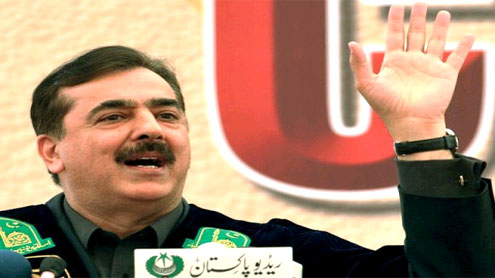 Speaking to lawyers at his Lahore residence on Sunday, he said that only Parliament could decide if he would continue to remain the prime minister. Gilani reiterated that he would not resign due to any political pressure or to fulfill anyone’s wishes.The prime minister added that certain elements were conspiring against him and he would not back down from any conspiracies.

On April 26, the Supreme Court convicted Prime Minister Gilani in the contempt case for failing to write the letter to Swiss authorities. The prime minister was sentenced till the rising of the court.Speaking on the floor of the National Assembly after his conviction, Gilani had said that he could only be de-notified by the speaker of the house. – Onlinenews