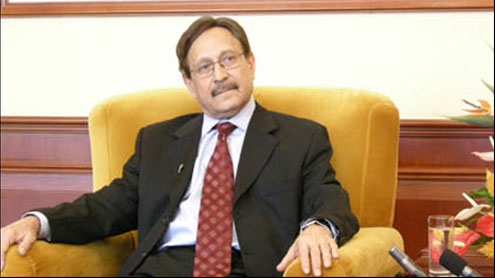 ISLAMABAD: Federal Law Minister Farooq H. Naek said on Saturday the Prime Minister and the Cabinet were functioning constitutionally as the Supreme Court had not given any directive for the disqualification of Syed Yusuf Raza Gilani in its contempt case order.

He was addressing a press conference here along with federal ministers Qamar Zaman Kaira and Sardar Umar Gorgaij. Senator Sardar Ali, who is also President of Pakistan Peoples Party KPK, was also present. The Law Minister said an appeal in the contempt case would be filed once the Suprme Court released its detailed verdict. The Chief Election Commissioner had also sought the detailed judgement. – APP