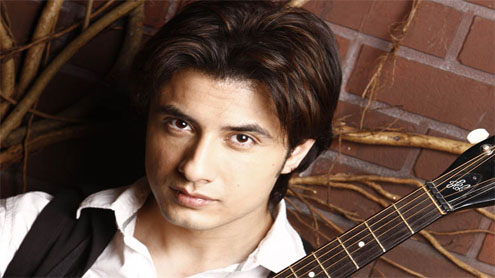 With three hit movies in a row, Ali Zafar has earned himself immense respect and goodwill in Bollywood over just two years.

Having nominated for several awards last year, it was this year that Ali Zafar received his first Stardust awardin Superstar of Tomorrow category. Now there is another good news for the nation. This talented actor will be bringing a Phalke Academy Award home from the “143rd DADASAHEB PHALKE ACADEMY AWARDS” ceremony. This event is held annually regarding the celebration of Dada SahebPhalkeJayanti where most senior members of various craft of film production sector including producers, distributors, exhibitors and actors are honored by presenting trophies for their outstanding services to the film Industry.

It is a prestigious event for Indian cinema and every Bolywood actor dreams of being honored with Phalke.DadasahebPhalkeis known as the pioneer of the Indian Film Industry. He made the first Indian motion picture “Raja Harishchandra” in the year 1913.The annual event will be held at Mumbai’s Tulip Star, Juhu on May 3 and will honour some of the biggest stars in the film industry.

Not to be confused with the Government of India’s ‘DadasahebPhalke Award’, veterans like Amitabh Bachchan and VinodKhanna will be present to receive the PhalkeRatna and Legendary Actor trophies respectively. Some of the other prominent awardees at this 143rdevent are WaheedaRehman, Tanuja, SairaBanu, Tanuja and VidyaBalan.
DADASAHEB PHALKE ACADEMY 2012 – PROMINENT AWARDEES LIST