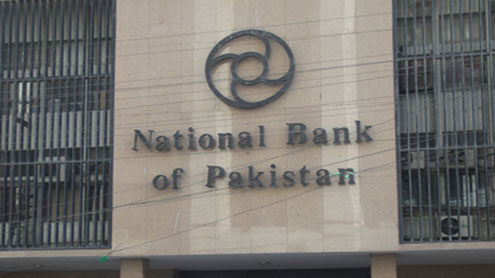 KARACHI: A series of bombs went off outside at least half a dozen branches of National Bank of Pakistan (NBP) in different cities of  Sindh early Wednesday morning. At least four people were also injured, Media reported.

According to initial reports, bombs had targeted bank branches and Automated Teller Machines (ATM) installed in NBP in Hyderabad, Nawabshah, Sukkur, Dadu, Larkana, Kotri, and Badin.Hyderabad Police said that bombs went off near NBP branches in Anaj Mandi, Fatima Jinnah Road, Nasim Nagar, and Liaqatabad number seven.In Nawabshah, a bomb went off outside an NBP branch on Sakrand road.A bomb went off in a branch of NBP which was under construction near the Press Club in Dadu.

Approximately 2.5 feet of a railway track in Ghotki district near Mirpur Mathelo was destroyed when attackers bombed it.Jaffer Express was en route to Karachi on the same track. Villagers gathered on the track and signaled the train to stop and averted a possible accident.Inspector Tahir of the Bomb Disposal Squad revealed that the explosives used in the device weighed about 8kgs and that it was a locally made remote-controlled device.Cracker bomb explodes near KESC complaint office.Meanwhile, Unknown assailants hurled a cracker bomb near the complaint office of Karachi Electric Supply Company in Block 15 of the Gulistan-e-Jauhar area of Karachi.The traffic on the road was thin which prevented any casualties.