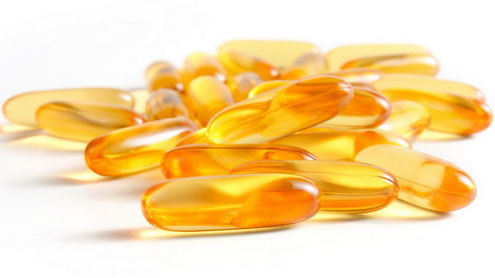 You could protect yourself better against viral infections, especially during autumn and winter, with vitamin D supplementation, says a new study.

Since vitamin D levels decrease during the year’s last quarter when days are shorter and sunlight is relatively weak, this may explain why people are more prone to viral infection during these times.The study also suggests that vitamin D supplementation, especially in older populations, could strengthen people’s innate immunity against viral infections, the Journal of Leukocyte Biology reports.

‘As more and more research into Vitamin D is conducted, we are learning that it is extremely important for human health,’ said Victor Manuel Martinez-Taboada, researcher in rheumatology at the Hospital Universitario at the Unversidad de Cantabria in Santander, Spain.‘Our study is no different, and vitamin D supplements should be considered one of many tools that might help when conventional therapies are not enough,’ said Martinez-Taboada.

Researchers compared the changes in the blood levels of vitamin D among three groups of healthy subjects: young (20-30 years), middle (31-59 years), and elderly (60-86 years). They found decreased levels of vitamin D with aging.Finally, they studied whether there was any difference in the three age groups depending on the season since it is well known that a limited sun exposure during darker winter months is related with vitamin D deficiency.

‘Any school teacher will tell you that people tend to be sicker during the winter than any other time of the year,’ said John Wherry, deputy editor of the Journal of Leukocyte Biology. ‘Since vitamin D supplements are inexpensive and generally safe, this is a really exciting discovery,’ added Wherry. – Khaleejnews