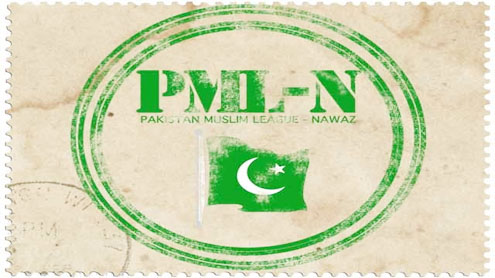 LAHORE: Having already announced its intentions to push the government into a corner, Pakistan Muslim League Nawaz (PML-N) seems to be facing some internal squabbling over the move.

The PML-N on Wednesday announced several public gatherings, two of which will be addressed by party chief Nawaz Sharif. However, senior leaders are not sold on the idea of starting a mass movement just yet, sources privy to the developments told Media. In fact, the public gatherings may have now become as much about the PML-N’s internal issues as they are about the removal of Prime Minister Yousaf Raza Gilani. Interestingly, negotiations between the senior leadership of the PML-N and Pakistan Peoples Party (PPP) arealready under way over a one-point agenda: The smooth replacement of Prime Minister Gilani.

According to the sources, which are well-placed in the decision making circles of the PML-N, the party has categorically ruled out the option of en masse resignations from the assemblies and a long march. As for the mass protests, some senior leaders feel that the party will not be able to execute the plan fully and properly, which will result in adverse effects for the PML-N.The two senior leaders, which the sources say were not in favour of announcing a mass movement, are the leaders of the opposition in the Senate and National Assembly, Ishaq Dar and Chaudhry Nisar Ali Khan. These two leaders wanted to up the political pressure and see what happens in coming days as a result.

But this plan was rejected, according to sources.Nawaz was sold on the idea of Khwaja Muhammad Asif, an MNA from Sialkot, and also Nawaz’s class fellow from Government College University Lahore, who felt that the party should launch a mass movement against the government.Dar and Nisar, according to sources, tried to convince Nawaz that, keeping in mind the weather conditions as well as it being harvesting season, the time was not conducive for putting together large gatherings. The inability to put together convincing shows of strength would have an adverse impact on the PML-N, they are said to have argued.

But Khwaja Asif and his supporters allegedly charged the two with being unable to put together large gatherings in their constituencies.Nisar is said to have taken this as a challenge and offered to host the first of the gatherings in Taxela, Rawalpindi, on May 5.According to PML-N’s schedule, public gatherings will also be held in Gujranwala (May 7), Bahawalpur and Sargodha (May 8), Multan and Rawalpindi (May 10), Sialkot (May 11) and in Gujrat (May 12).A gathering was also scheduled for Lahore (May 9), but Nawaz himself rejected this idea, said sources, believing that a failure to put up a massive show would hurt the party.

Nawaz himself will only address gatherings on May 5 and May 11. The rest of his addresses, said sources, may take place in other provinces.One of his appearances will be in Hafizabad on May 11. However, the purpose of this gathering is more about bringing on board important recruits. The Bhattis of Hafizabad (Pindi Bhatyan) are an influential political family of the area and have won all the seats of the district on PML-Q tickets in the last two general elections. The Bhatti family has invited Nawaz to an event they are holding in his honour.

According to sources, negotiations between PPP and PML-N over the resignation of Prime Minister Gilani are under way between Chaudhry Nisar and PPP chief whip Syed Khurshid Ali Shah and Senator Raza Rabbani.The negotiations, said sources, are still in their infancy – but the PML-N believes it can get PPP to agree on replacing Gilani.PML-N’s Deputy General Secretary Ahsan Iqbal said that the party stand unanimous over the protest movement as it had been decided in the party’s central working committee. He showed his ignorance about negotiations between Nisar and PPP’s office bearers.He said that, no matter the season, the people would come out in support. – Thetribune