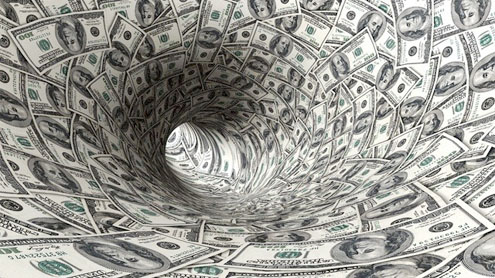 Pakistan is confident to secure UAE and Gulf investments in mega projects especially in the energy- and agro-based industries, its delegates at the Annual Investment Meeting, or AIM, said.

Top officials from the Trade Development and Authority of Pakistan, or TDAP, Abu Dhabi Group and Sindh Board of Investment on Wednesday gave presentations on key investment projects in renewable energy, power generation, agriculture, coal mining and infrastructure developments.“Pakistan offers various investment opportunities in energy and power sectors as well as in agro-based industries to international and Gulf investors at AIM,” Tariq Puri, chief executive of TDAP, told Khaleej Times on the sidelines of the conference.

He said discussions and meetings with government and private levels are being held on the sidelines of AIM and the Pakistan delegation is expected positive results in coming days.Pakistan’s 80-member trade delegation, led by Federal Minister Makhdoom Amin Fahim, participated in the second-day activities of investment forum and gave presentations on various key projects especially in Sindh province.Amin Fahim said Pakistan has huge potential for investment in key sectors and the government will go all-out to facilitate the foreign investors especially from the Gulf countries.

Sindh chief minister Syed Qaim Ali Shah said the agricultural economy of Sindh province contributes about 23 per cent to Pakistan’s gross domestic production.“Keeping in view global food security concerns, the province vast agriculture expanse has capacity to become region’s food basket,” he said.Shah said agro-related investment projects are ready for investment and introduction to value-addition through use of technology, efficient irrigation system and modern implements can help attain true potential of province agriculture. The Sindh Board of Investment, the primary investment promotion agency of the province, invited Gulf investors and UAE companies in particular to avail the benefits of conducive-investment policies.

“We are offering investment opportunities in agriculture farming, livestock, grain-storage project as well as in infrastructure development projects,” Muhammed Zubair Motiwala, chairman of the Sindh Board of Investment, told Khaleej Times.Elaborating, he said the government of Sindh is looking to offer land for establishment of Halal Meat Park in Sukkur and Thatta near Karachi. He said the Rs500 million project will pay back the cost in three to five years and offers a 20-22 per cent IRR to investors.

Motiwala said the provincial government has strived to facilitate and create investor-friendly environment to attract more investment especially in Thar Coalfield, which is declared as a special economic zone. Investors can avail 30-year tax holiday, zero per cent customs duties on import of coal mining equipment and machinery. “We are offering up to 22 per cent IRR to investors on the their investment in Sindh along with other benefits which include repatriation of 100 per cent capital, profits, royalty and zero import duties on capital goods, plant and machinery and equipment not manufactured locally,” he said.

He said that the province has also an estimated hydropower potential of 153 megawatts based on various sites identified along the Sindh canal network.He said  the UAE has showed interest in Thar coal mining and power plant projects. “Al Manhal has shown interest in developing block 2 of the Thar Coalfield. We may discuss the project this weekend and if talks go positively, the UAE firm may invest up to $6 billion in the Thar coal project,” he said.Motiwala said Thar coal reserves have an estimated potential of generating 100,000 megawatts of electricity for a period of 300 years. “It provides an opportunity for large-scale mining and power-generation over a longer period of time,” he said.

He said Pakistan has been facing an acute shortage of electricity and direly need investments in power-generation projects. According to a delegate, about 700 main industries in Punjab and Sindh are directly affected by electricity shortages in the country.“About 400 industries in Punjab and 300 factories in Sindh have shut down their operations due to load-shedding and shortage of electricity,” he said.Motiwala further said Sindh government also offers investment opportunities in renewable energy like solar street light initiative and wind power projects worth around $5.3 billion.

“International investors are in queue to invest in wind power projects because the province has potential to generate 50,000 megawatts electricity through wind turbines across its coastal belt,” he said.To a question about potential investors in wind energy, he said Hydro China, China Three and NBT/Malakoff, among others, showed interest in 26 projects in the province with installed capacity of 1,800 megawatts.

“We also have offered some renewable energy projects to Masdar. We will discuss some investment opportunities with Masdar officials in Abu Dhabi and expect positive results,” he said.“The annual radiation of 3,000 hours in Sindh has an endless potential for solar energy,” he said adding that the government is keen to encourage public-private partnerships in energy, power, agriculture and infrastructure development projects.” – Khaleejnews