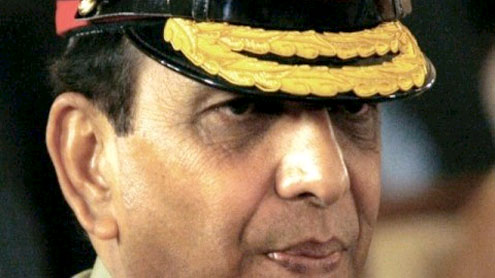 GAYARI: Chief of Army Staff (COAS) General Ashfaq Kayani on Thursday said India had toughened its stance on Siachen as compared to 1989.

Talking to reporters after his third visit to Gayari to review search and rescue work, Gen Kayani said India had now been demanding the re-determination of positions. Kayani added that it “takes two hands to clap”.According to an ISPR press release, Gen Kayani was briefed about the progress on the ongoing work, including efforts to create a water course to safely drain the lake which was formed by the blocking of the Gayari River by the avalanche.

The satellite data link also became operational on Thursday, which would allow real time video monitoring of relief work from the GHQ.The army chief remained with the troops for some time and lauded their motivation in face of tough conditions and extreme weather. – PT