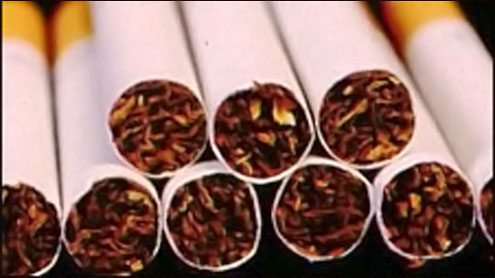 SWABI: A two-member team nominated by the federal agriculture ministry has started compiling statements of growers for determining the actual cost of tobacco production and the assessment process would continue for 10 days in all tobacco growing districts of Khyber Pakhtunkhwa.

The cost has become a bone of contention between the tobacco buyers and growers for last six months. The growers’ leaders claimed Rs240 per kg cost, while the purchasing companies had notified Rs117 per kg cost. The inflexible position of the two sides has forced the ministry to intervene for solution of the problem.In Swabi, the farmers said that it was for the first time that a federal government team recorded their comments about cost of production of their only cash crop.When asked Dr Sharif told Dawn that they would also visit Charsadda, Mardan and Mansehra. “We have planned to record statements of about 1,000 growers in all tobacco growing areas about the cost of production and in the light of these statements the ministry is expected to finalise its report in the best interest of both the growers and companies,” he said.

Answering a question, he said that they had no plan to record statements of national and multinational companies and tobacco traders about the cost of production.The farmers gave statements about the cost of production under oath, said a growers’ leader.Meanwhile, it has been learnt that the tobacco companies also plan to prepare a counter report and the same would be presented to the ministry.FCC WORKERS: Workers’ leaders of Fauji Corn Complex, Jahangira, said that a three-member delegation from the head office of Fauji Foundation, Rawalpindi, had assured them during a meeting here on Saturday that all the employees would be paid salary for the current month.

The team held talks with the protesting workers here following the intervention of the chief minister to solve their problems.The workers welcomed the announcement about payment of the salary, hoping that all issues would be resolved in next few days.The foundation’s team comprised general manager industry, director industry and finance manager, while the workers team which took part in negotiations included Abdul Ghaffar, Tufail Ahmad and Kachkul Khattak.Mohim Shah, a workers’ leader, told media persons that they reiterated their stand for reopening of the factory during the talks besides assurance that they could efficiently run the factory. He said that the same workers’ team would also hold further talks with the foundation’s officers in Rawalpindi on Tuesday.However, Mr Shah said that their protest would continue till opening of the factory. – Dawn