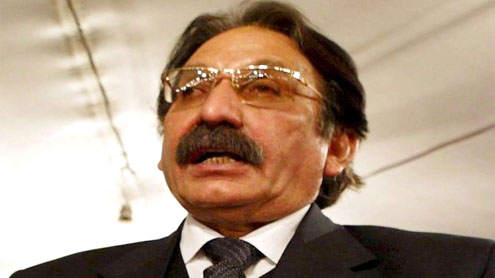 ISLAMABAD: It seems the government and lawyers’ concerns have prevailed, once again.

The judicial commission, headed by Supreme Court Chief Justice Iftikhar Mohammad Chaudhry, did not come to a final decision and deferred the issue of finalising the appointment of two ad-hoc and an additional acting judge to the Supreme Court.

The judicial commission is supposed to finalise the list of ad-hoc and acting judges needed to complete the bench that would hear the appeal in the contempt case against Prime Minister Yousaf Raza Gilani.The development came after a delegation of lawyers met with the chief justice on Monday and conveyed their concerns. The appointment was due to ensure availability of a larger bench in case the premier filed an appeal against his conviction for contempt of court for not writing a letter to Swiss authorities to reopen graft cases against President Asif Ali Zardari.

Last week, the chief justice had said that three judges who were part of the bench – that heard the contempt case against Prime Minister Gilani – would not be available if a review petition was filed. And therefore, two ad-hoc judges and an additional judge would have to be appointed in the Supreme Court to ensure that a nine-member bench can hear the possible appeal. A seven member-bench headed by Justice Nasirul Mulk found premier Gilani guilty of contempt of court on April 26.  However, the detailed verdict in this high-profile case is yet to be announced.However, the commission in its meeting on Monday gave approval of the appointment of eight judges to the Sindh High Court. – Thetribune

No Doubt to release first album in a decade in September