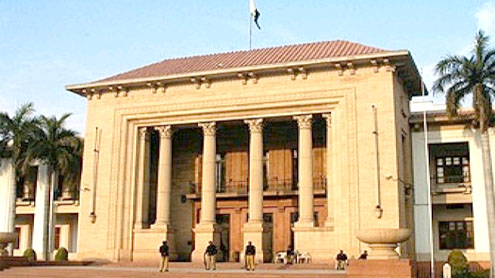 LAHORE: The opposition in the Punjab Assembly, led by the Pakistan Peoples Party, has called for a session on Wednesday where a resolution pertaining to the creation of new provinces will be tabled.

Usually, the opposition benches as opposed to the government benches call for a Punjab Assembly session due to a poor law and order situation, wheat procurement issues or inflation. But the opposition has specifically called for a session demanding the formation of a South Punjab province.Following the opposition’s move, Punjab Law Minister and Pakistan Muslim League-Nawaz (PML-N) leader Rana Sanaullah submitted two resolutions on Tuesday to the provincial assembly speaker – one pertaining to the creation of a South Punjab province, and the other to the restoration of Bahawalpur province.

Last week, the PPP-led coalition government passed a resolution pertaining to the formation of South Punjab province in the National Assembly with a majority. Meanwhile, the PML-N submitted its resolution in the NA secretariat pertaining to the formation of four new provinces including South Punjab, Fata, Bahawalpur and Hazara. However, the PML-N’s resolution has not yet been entertained by the NA secretariat.

The opposition parties in the Punjab Assembly, PPP and Pakistan Muslim League Quaid (PML-Q) jointly submitted resolutions in the PA secretariat four days back following the NA resolution. PPP Deputy Parliamentary Leader in the PA Shaukat Mehmood Basra said that the opposition would force the speaker to entertain their resolution in the agenda of the session.

However, under Article 239, a resolution is not enough to allow for the alteration of provincial boundaries. A bill must be passed with a two-thirds majority in both houses of parliament. Once this is done, the bill must be sent to the provincial assembly which should once again endorse the amendment with a two-thirds majority of the house. The bill is then sent to the president for his signature.

At present, the PPP led coalition government does not have a two-thirds majority in the NA for the passage of the bill, which is why it only passed a resolution from the NA, giving the impression that a resolution was enough for the prerogative to now lie in the hands of the provincial assembly.