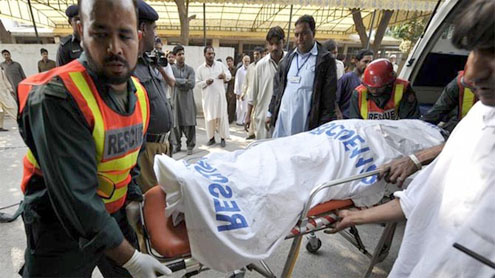 KARACHI: Gunmen on Friday shot dead seven passengers on a bus in southern Pakistan and wounded three others in an attempted robbery, police said.

The attack took place on the highway near the town of Qazi Ahmad, nearly 200 miles northeast of Karachi.“At least seven people were killed and three others were wounded in the bus firing,” senior police official Sanaullah Abbasi told AFP by telephone.He said the bus was going from Karachi to Attock town in Punjab province.

Two men boarded the bus just before Qazi Ahmad and later asked the driver to stop. Two accomplices were waiting on motorbikes. They opened fire, then fled.“We are investigating the incident and initially it appears to be a case of failed robbery,” he said.Local police official Hashim Leghari also confirmed the shootings.Pakistan suffers from a Taliban insurgency in its northwest, a separatist insurgency in the southwest and sectarian violence. – Dawn