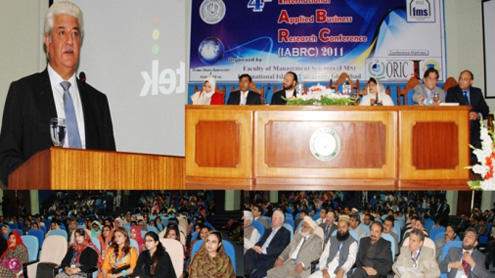 NEPRA’s chairmanship fell vacant after former chairman and retired bureaucrat Khalid Saeed resigned from his post in March this year following a controversy over his tenure. The government has been under pressure to appoint a seasoned professional to head NEPRA and steer the power sector out of crisis by resolving regulatory issues. The name of Shahid Sattar, member of the Energy Planning Commission was also under consideration, but he lost out due to bureaucratic clout. Only recently, the prime minister appointed retired federal secretary Saeed Ahmad Khan as chairman of the Oil and Gas Regulatory Authority (OGRA) even though he had no prior experience in the sector. The requirements for the post included more than 20 years of experience in oil and gas sector.

For the last one year, both the regulatory bodies have been under severe criticism by experts and officials due to the intensification of the energy crisis. NEPRA made an extra-ordinary delay in issuing the notification for new power tariff of distribution companies (DISCOs) for the current fiscal year, causing a liquidity crunch in the overall energy chain. The blocking of the financial flow resulted in the non-recovery of Rs 60 billion since October 2011 under fuel price adjustment, and Rs 80 billion under a four percent equalisation surcharge. The receivables of DISCOs have gone up to Rs 375.7 billion and the payables have increased to Rs 365 billion. The major reason was the inordinate delay in determining the tariff of DISCOs which filed petitions in July last year and their tariff was determined in February-March period. The appointment of non-professionals at the top technical posts of the regulatory bodies has been attributed as the sole cause of their failure to address various issues afflicting the power and energy sectors. -Pakistantoday