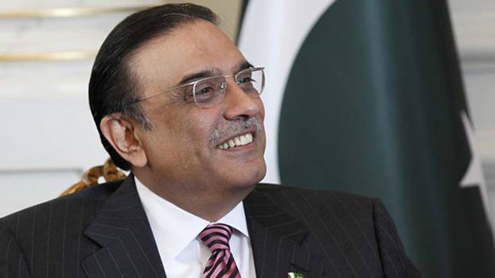 ISLAMABAD: President Asif Ali Zardari sent a Reference to Speaker National Assembly late Thursday night calling for the constitution of a Commission comprising six Senators, six MNAs and two members from the Provincial Assembly of Punjab to look into the issues relating to the creation of two new provinces namely Multan and Bahawalpur in Punjab and to initiate the process of amendments in the Constitution for this purpose.

Spokesperson to President Senator Farhatullah Babar said that the Commission will submit its report within a month to be followed by the process of Constitutional amendments for making the two new provinces. He said that the Reference draws attention of the Speaker to the Resolutions passed by the National Assembly and the Provincial Assembly of Punjab calling for the creation of the new provinces. Following is the text of the Reference sent to the Speaker Thursday night: “REFERENCE IN THE MATTER OF IMPLEMENTATION OF RESOLUTIONS PASSED BY THE NATIONAL ASSEMBLY OF PAKISTAN AND PROVINCIAL ASSEMBLY OF THE PUNJAB FOR CREATION OF TWO NEW PROVINCES NAMELY PROVINCE OF MULTAN AND PROVINCE OF BAHAWALPUR FROM THE EXISTING PROVINCE OF THE PUNJAB31st May, 2012 Madam Speaker,

The National Assembly in its 41st Session in its meeting held on 3rd May, 2012 passed a resolution to the effect that in order to address the grievances and to secure the political, administrative and economic interests of the people of the Southern Region of the Province of the Punjab and to empower them in this regard, a new province to be known as Province of Janoobi Punjab be created from the present Province of the Punjab. The Provincial Assembly of Punjab has also passed a similar resolution demanding the Parliament and Federal Government to create a new Province of Janoobi Punjab and also to revive the earlier status of Bahawalpur as a Province (copies of resolutions are annexed). 2. In order to implement the aforesaid resolutions and before a process is initiated to amend the Constitution in terms of Article 239 thereof it is expedient that a Commission may be constituted comprising of six members from the Senate to be nominated by the Chairman, six members from the National Assembly to be nominated by the Speaker and two members from the Provincial Assembly of Punjab to be nominated by the Speaker of the Provincial Assembly of Punjab.

The Commission shall look into the issues relating to the fair distribution of economic and financial resources, demarcation, allocation/re-adjustment of seats in the National Assembly, Senate and the concerned Provincial Assembly and allocation of seats in the new Province on the basis of population, including seats of minorities and women and other constitutional, legal and administrative matters. The provisions of the Constitution which would require amendment inter alia include Articles 1(2), 51, 59 and 106 of the Constitution. 3. The Commission shall submit its report to Speaker as well as to the Prime Minister within thirty days of its notification in the official gazette, which will be followed by initiation of the process of amendment of the Constitution.-Brecorder