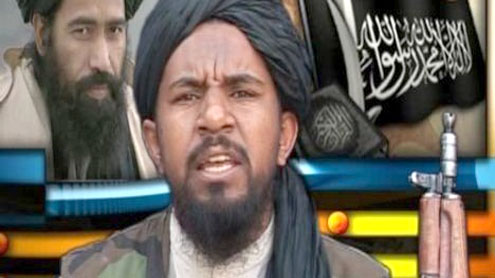 PESHAWAR: One of al Qaeda’s top most figures, Yahya al-Libi was reportedly among 16 suspected militants killed in a US drone strike in South Waziristan on June 4 (Monday).

A US drone targeted a compound believed to be used by militant commanders Mullah Nazir and Commander Malang in the Wocha Dana Beermal area of South Waziristan.While officials in various intelligence agencies have confirmed al-Libi’s death, officials in the United States endorsed that al-Libi was the target of Monday’s drone strike. There has not been any confirmation or rejection of the report by al Qaeda yet. According to reports, the militants had gathered in the compound to condole the death of Malang’s brother who was killed the previous day in a drone attack in the same area.

Hailing from Libya, al-Libi’s real name was Muhammad Hussain. He was a scholar of Islamic Shariah and had a degree in chemistry. He was believed to be a close confidant of slain al Qaeda chief Osama bin Laden.He appeared in numerous videos by the militant group, along with his former leader. The United States places al-Libi as the second most important militant of al Qaeda after its current chief Ayman al-Zawahiri, however, other security experts describe him as one of the top five members of the militant network.Al-Libi, reportedly born in 1963, made repeated appearances on al Qaeda videos and wrote prolifically, becoming one of the group’s most prominent media warriors.

He was first arrested at Karachi in May 2002 and later shifted to an American detention centre at Bagram Air Base, north of Kabul. However, he along with three other Qaeda militants escaped from the prison in July 2005 after picking a lock and dodging guards. His notoriety swelled after he appeared in a 54-minute video a year later, describing his capture by Pakistani forces in 2002 and his escape from one of the world’s largest military prisons.

In Washington, American officials familiar with the strikes confirmed that Libi, believed to be in his late 40s, was the target of the attack. But they said they did not know whether he had survived. Officials appeared to be wary because, as with some other top militants sheltering in the region, Libi has been falsely reported dead before – in December 2009 after a drone strike in South Waziristan Agency. A Pakistani official said that authorities had intercepted a telephonic conversation about Libi. “We intercepted some conversations between militants. They were talking about the death of a ‘sheikh’,” one of the Pakistani intelligence officials said, referring to the title given to senior religious leaders.

“They did not name this person but we have checked with our sources in the area and believe they are referring to al-Libi,” the official told a British news agency.A resident of the Mir Ali area, citing militant sources and speaking on the condition of anonymity, said he believed that Libi was in the compound in Hasso Khel when the attack occurred. He said Libi had been moved there to recuperate from light injuries sustained in a drone strike on May 28. The resident said he could not be sure if Libi had been killed or injured. A senior Pakistani security source in Peshawar said it “looks like he has been killed.”

A militant commander in North Waziristan closely associated with foreign fighters however said: “He has not been killed. This is not the first time claims have been made about his death. The Americans are suffering heavy losses in Afghanistan so they have resorted to making false claims.”According to reports from North Waziristan, which American government sources did not contest, US drones launched three attacks along Pakistan’s border with Afghanistan between Saturday and Monday.

Reports said that nearly 30 people were killed during the sequence of strikes, including four suspected militants on Saturday, another 10 on Sunday, and at least 15 people on Monday in the strike in which Libi was targeted.Documents seized from bin Laden’s compound and released by the United States last month suggest Libi was one of the late terror mastermind’s most trusted lieutenants. He signed a letter dated December 3, 2010 and sent to the Pakistani Taliban leader Hakimullah Mehsud reprimanding him for making “legal and religious mistakes” including the mass killing of Muslim civilians in suicide attacks. – PT