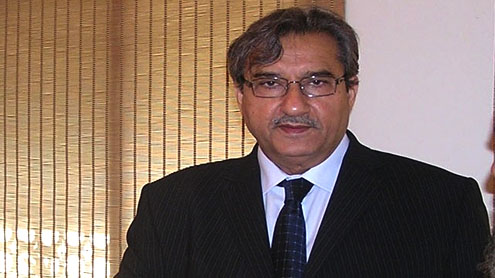 KARACHI: Sindh Education and Literacy Minister Pir Mazharul Haq on Thursday said that it was the first time Sindh government allocated 20 percent of the provincial budget to education sector, which showed the level of importance Pakistan People’s Party (PPP) gave to education.

He expressed these views while speaking at a seminar held at a local hotel to mark the conclusion of a successful Public-Private initiative by the Sindh Education Foundation (SEF). Government officials, policy makers, educationists and representatives attended it.The concluding seminar for the Integrated Education Learning Programme (IELP) was held to mark the end of operations of the three years initiative by the SEF.

Over 800 participants, including government representatives and entrepreneurs in charge of the schools discussed the success stories, targets achieved, challenges faced and lessons learnt during he course of the initiative and shared learning from training, monitoring and assessment interventions.Haq chaired the sessions and commended the dedication and untiring efforts of Prof Anita Ghulam Ali (MD, SEF, Government of Sindh) in improving the quality and outreach of education in Sindh.

He lauded the role IELP has played in furthering the cause of education in the province and said it was heartening to see the success the Public-Private initiative had garnered over the duration. He added that the passionate efforts for education initiated by entrepreneurs in IELP will not be allowed to die down and will be supported by the government. He reaffirmed that no school will be closed down.

The education minister said 20 percent of the current budget is being utilised in the education sector. He added that in accordance to the vision of Mohtarma Benazir Bhutto, it is essential for us to educate and empower women since it is through women that the whole house is educated.

Adviser to Chief Minister Kawaja Izharul Hassan said that the Public-Private initiatives established by SEF showed remarkable results and great promise in enhancing access and quality of education in the province. He stated that education was a priority for the Sindh government since it is through education that Pakistan can progress and prosper. He said that it was all our responsibility to gather together and work towards the betterment of the nation and that is what is meant by democracy.

Prof Anita Ghulam Ali described IELP as one of SEF’s key initiatives that has promoted long-term public private partnerships by providing per child fee subsidy to more than 1,200 private schools catering to 250,000 direct beneficiaries across Sindh. She said that IELP aimed at increasing access to quality education facilities for the marginalised children and communities of Sindh and the results prove the success of the initiative.

She said that even though IELP has drawn to a close, the schools under the program will continue to be supported and not be closed down she said she has been assured that the IELP schools will be absorbed under the regular budget for education and the process will be completed by October.

Prof Ali said that the doors to SEF are always open for communication and anyone can come for help and guidance. She added that the foundation remains completely committed in establishing and supporting other such educational initiatives that encourage learning and knowledge sharing to bring forth a prosperous future for the nation. – Dailytimes