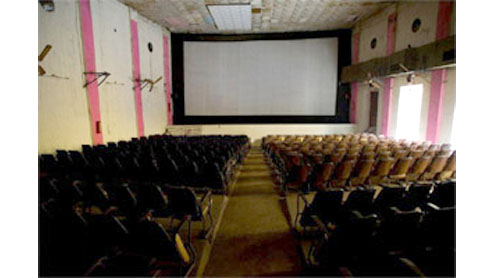 LAHORE: The trend of converting old buildings and cinema houses into markets, plazas and other commercial buildings has caused the demolition of one of the oldest cinemas of Pakistan, situated in the Taxali area.

Built long before the Partition, the historical Tarannum Cinema was razed on Sunday just to making space for the construction of a market.The cinema, initially known as Novelty but later Tarannum, catered to hundreds of thousands of moviegoers more than half a century.

Hundreds of Pakistani films were displayed at the venue. However, the owners said that due to the substandard films being made in Lollywood and movies easily available on cable network, CDs, DVDs and the Internet, the cinema lost its importance and they finally decided to demolish it.

According to the owners, filmmakers were not interested in displaying their movies at the cinema, and the older movies were not getting much business. They said the income being generated was not enough to meet the expenditure of the cinema and pay salaries of the employees. Another reason told by the owners was the dilapidated condition of the building, as it had not been renovated for a long time. – Dailytimes