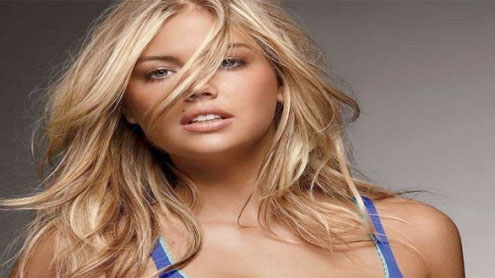 The model has reportedly landed the coveted front page of the high fashion publication, which will appear as a teaser issue in V magazine ahead of its official September launch.Despite her swimwear background, the blonde bombshell has impressed the former editor of French Vogue after walking in Carine’s fashion show for amFAR in Cannes earlier this year.

Insiders claim the Sports Illustrated beauty is set to become the famous editor’s new muse.
According to our source, Kate Upton is ‘Carine’s new Lara Stone’. They both have a similar look: ’70s blond bombshell–ample assets,’ Fashionista writes.Kate has been making waves in the fashion industry after being named as Sports Illustrated Rookie of the Year in 2011.

Thanks to her natural curves and gorgeous looks, the 20-year-old has been scoring illustrious modelling assignments and won the cover of Sports Illustrated Swimsuit Issue this year. Recently her work has been spilling over into the high fashion market. – MSN