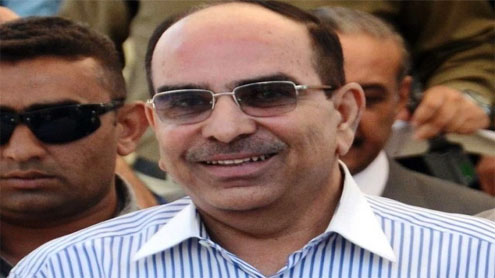 ISLAMABAD: Submitting a reply in a contempt of court case against him, Malik Riaz Hussain has offered unqualified and unconditional apology for ridiculing the judiciary in his June 12 press conference.

A three-member special bench, headed by Justice Mian Shakirullah, will hear contempt of court case today (Wednesday) against Malik Riaz Hussain for allegedly ridiculing the judiciary.Through his counsel Dr Abdul Basit, Malik Riaz submitted that Chief Justice of Pakistan Iftikhar Muhammad Chaudhry on June 12 made observations in the open court, which could be construed as directions to involve him in a murder case.“These observations are beyond all legal parameters. These could have ruined Bahria Town. Since the respondent (Malik Riaz) was denied the opportunity to explain his position in court, he lost self-control,” he contended.

Malik Riaz stated that he held the press conference to prevent the ruin of Bahria Town, which had been brought to the brink of disaster. “However, if any remark made by him is adjudged to have any adverse tendency on the administration of justice, the respondent offers unqualified apology for it.”The counsel for Malik Riaz also requested the Supreme Court to summon SC registrar and Arsalan Iftikhar and other relevant persons for cross-examination. He submitted that the registrar of the SC had assessed the transcript of the news conference available on the judicial record to be prima facie contemptuous needs to verify it on oath in the shape of affidavit.

Malik Riaz further said that he had spoken in a state of deep depression and anguish in the press conference. He was under intense emotional stress. He spoke extempore. The statements made by him were off-the-cuff and even partly unstructured. This is to be expected from a person who is not used to public speaking. This being so, distortion in communication of the real meaning intended to be conveyed may have occurred at some places.He said that if the court rejected his reply and fixed the date for framing the charge in an open court, he should be given an opportunity to summon witnesses to establish that he never had any criminal or offensive intent to commit contempt of court.

“In this context, it is requested that the date be fixed keeping in view that the case has to be prepared as a proper trial on a sensitive matter and great care and caution has to be exercised while preparing defense and submitting a list of witnesses,” he added in his concise statement.Malik Riaz said that he had rushed to present himself before the Supreme Court while he was under going extensive medical examination/ treatment in London and he travelled from London to Islamabad against medical advice. “In these circumstances, if this plea of termination of the instant proceedings is not accepted and the process of trial is directed to commence, the earliest that the respondent would be in a position to undertake this exercise in first week of August, 2012.”

He also mentioned that overall impact of the televised press conference on an average TV viewer was that the judiciary of which Justice Iftikhar Chaudhry was the chief justice is incorruptible. “The answering respondent has made it clear in unmistakable terms that no concession or leniency was shown in any of the many pending cases against Bahria Town. This was so notwithstanding that Dr Arsalan Iftikhar has obtained substantial amounts under false pretences. It was this gentleman namely Dr Arsalan Iftikhar, who has been called a ‘don’. The answering respondent did not use this expression for the chief justice. The transcript of the press conference will support this submission. – Dailytimes