No secret deal made with US: Hina 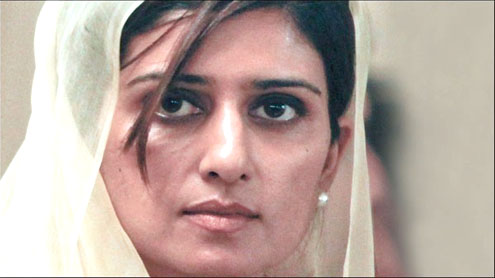 ISLAMABAD: Foreign Minister Hina Rabbani Khar has said that the government neither made any secret deal with the US nor it deviated from any parliamentary resolution by reopening Nato supply.

Her comments came Wednesday as the federal cabinet formally approved its defence committee’s decision of restoring the ground supply lines to Nato forces in Afghanistan.Speaking at a press briefing in Islamabad, the foreign minister said that the US had formally tendered an unconditional apology to Pakistan over the deaths of 24 Pakistani soldiers in a US air raid on the Salala checkpost last year.

US Secretary of State Hillary Clinton on Tuesday said: “We are sorry for the losses suffered by the Pakistani military. We are committed to working closely with Pakistan and Afghanistan to prevent this from ever happening again.” The minister said that Pakistan had blocked the supplies to the Afghan-bound convoys for almost eight months only to have its principled stance accepted. She said that Pakistan re-bonded its relations not only with the US but 49 nations of Nato by resumption of supplies. The routes were closed over cross border attacks on Pakistan’s territory, she added.

She said Pakistan decided to open the supplies since the US accepted all the demands tabled by Pakistan. However, she didn’t explain as to which demand except a “sorry” was accepted by the US.Hina insisted that the government had not entered into any ‘secret deal’ with the US for reopening the key supply routes. She said a message of not crossing red lines had been given to the US. The foreign minister added the Nato supply route was reopened but a super power had to ‘back down’.

Earlier in April, the parliament had unanimously approved its Parliamentary Committee on National Security’s (PCNS) guidelines for the country’s future ties with the US. The guidelines had also demanded an immediate cessation of drone attacks as well as an end to using Pakistani territory for transportation of arms and ammunition to the Nato forces in Afghanistan.

The minister said that Pakistan will continue talks with the US over drone attacks. But the future relations with the US would be based on the parliamentary guidelines, she added.The 14-point parliamentary recommendations had declared that Pakistan’s sovereignty should not be compromised and that the relationship with the US should be based on mutual respect for sovereignty, independence and territorial integrity of each other.