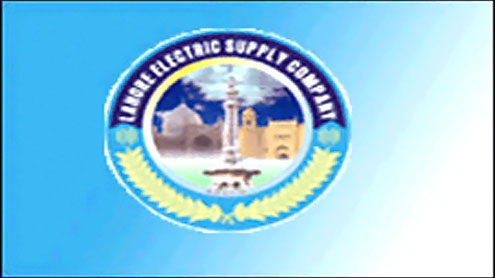 LAHORE: People braved another hot day with around 12 hours of power outages, as the power shortfall of the Lahore Electric Supply Company (LESCO) surged to 2,100 megawatts, while the national grid’s power deficit was reported at 5,317 megawatts.

Meanwhile, the business community and general consumers have demanded the federal government to manage load on an equal basis in the country, without discriminating against the largest populated province. The people said that load shedding and extreme weather conditions had made nights sleepless and days workless for the working class in the city.

The Lahore region’s total demand currently stands at 4,100 megawatts, while it is getting only 2,000MW form the national grid, resultantly 12 hours of load shedding is being observed in city areas and 18 hours in the rural areas.The Lahore Chamber of Commerce and Industry (LCCI), while expressing concern over the awful and continuous load shedding, has demand the government ensure equitable power cuts in all parts of the country. The business community said that LESCO was not being supplied with its share of 21 percent from the national grid, which was agreed at the National Energy Conference 2012.

LCCI President Irfan Qaiser Sheikh said that Punjab had lost almost two percent of its GDP only because of the ongoing energy crisis, which meant the province had experienced a net loss of Rs 200 billion. He said that 40 percent of the industries had shut down, adding that another 10 to 15 percent were on the verge of closure. He said that it was unfair on part of the government, as Punjab was being subjected to over 20 hours of load shedding, while other provinces were mostly having uninterrupted power supply.

Irfan Sheikh said that the private sector was the engine of growth, but it would be unable to give desired results if it was not provided an enabling environment.He said it was strange and beyond the understanding of the business community that the government was unmoved despite repeated appeals by the LCCI for equitable load shedding across the country.The LCCI president said that the government would not be able to control the situation triggered by power outages. “How will the government establish its writ and from where will it generate revenues to run its day-to-day affairs if the industrial wheel comes to a grinding halt?”

The LCCI president said that the government should understand that economic well-being was a must for democracy. “Unemployment, price hikes and industrial closures always give birth to lawlessness and anarchy. Therefore, the government should understand the ground realities and reset its priorities regarding provision of electricity to the industries.”Meanwhile, an Energy Management Cell spokesman said that IPPs had not been supplied oil and gas, due to which power-generating companies had reduced production. – Dailytimes