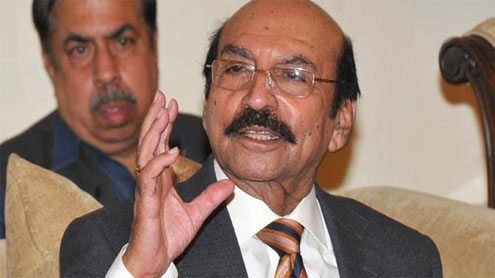 The meeting reviewed overall situation of assistance to poor people and decided to give Ramazam package and subsidy worth Rs 2.5 billion, and for the purpose, 2 lac metric tonnes of wheat will be supplied by Sindh food department and the same will be grinded and 10 kg Atta bags will be provided to poor of the poorest people of the province.

According to an official handout the meeting also formed a committee comprising food, agriculture and finance department, which will finalise the distribution arrangements of package Atta in the nook and corners of the province. The chief minister directed that the distribution of the Atta be ensured on transparent manners so that the poor people could get benefit of the package. The chief minister emphasised the need to make proper and prompt measures for distribution of package item to the poor people during the holy month of Ramadan.