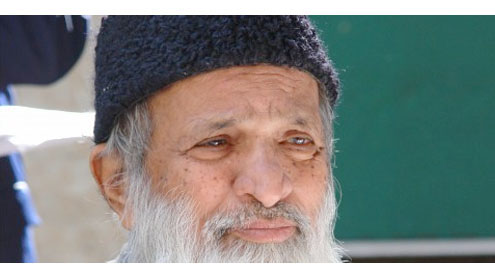 Edhi was talking to media after receiving the bodies of 18 people who were gunned down in Turbat city of Balochistan on Friday night. His rescue workers moved him for immediate first aid. Later, the Edhi sources said that he was fine. Edhi said that the terrorists have destroyed 18 families. Adding that they should stop doing like that.

“No family has yet contacted to him for the bodies,” he replied to query. Meanwhile, Prime Minister Raja Pervez Ashraf on hearing the news of Edhi’s health condition directed for providing him best possible treatment and that he be kept informed. – Dailytimes