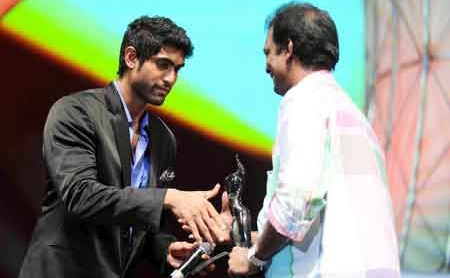 It was a night filled with stars and surprises as Chennai played host to the 59th Idea Filmfare Awards 2011 (South).The dazzling awards ceremony witnessed stars from Telugu, Tamil, Malayalam and Kannada film industries walking down the red carpet.

The night was a feast for the fans as they got to see an array of performances, which included Tamannaah, Shruti Haasan, Richa Gangopadhyay, Rima Kallingal, Poorna and Sandalwood girls Priyamani and Sanjjanaa. The star-studded evening saw film personalities coming together and celebrating the best of southern cinema. Taking the glitz and glamor to another level were the star performers of the event — Priyamani, Sanjana, Shruti Hasan, Nayantara among others. Here’s the complete list of the award winners of the 59th Idea Filmfare Awards (South)