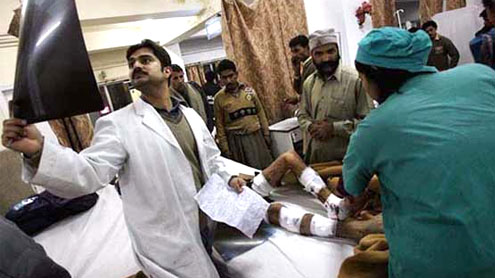 The young doctors have announced to resume work at the indoors and outdoors of all hospitals of the province.

Holding a press conference in Lahore, representatives of Young Doctors Association (YDA), the decision of ending the strike has been taken in the light of the Lahore High Court orders. They said that the court has ordered to stop victimization of the doctors by the Punjab government.

The young doctors said that they will not step back from their demand of service structure; however, they will announce further strategy in the meeting of their General Council after the court proceedings on Monday.The citizens have expressed their satisfaction and appreciated the decision of calling off strike by the young doctors. – Dunyanews