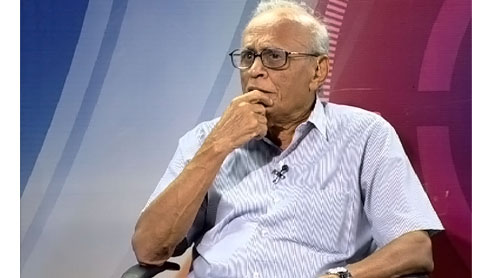 ISLAMABAD: The deadlock on new chief election commissioner (CEC) came to an end on Monday when the Parliamentary Committee on Appointment of the CEC finally confirmed the name of Jusitce (r) Fakharuddin G Ibrahim for appointment as the new head of the Election Commission of Pakistan.

The parliamentary committee chaired by Khursheed Shah approved Justice Ibrahim’s name, along with the members of the Election Commission, during a meeting at the Parliament House.The committee, after considering the nominations forwarded by Prime Minister Raja Pervez Ashraf and opposition leader in the National Assembly Chaudhry Nisar Ali Khan, unanimously confirmed the name of Justice Ibrahim for appointment as the chief election commissioner. The name of Justice Ibrahim was proposed by Senator Islamuddin Sheikh and seconded by Senator Raja Zafarul Haq, and approved by all the members of the committee present in the meeting.

Endorsing the decision of the committee, all the members individually appreciated the magnanimity of the government to accept the nominee of the opposition.Pakistan People’s Party (PPP) leader Khursheed Ahmad Shah concluded the meeting, saying the government was determined to set up an independent election commission that would ensure fair and free elections in the country.

He said that government also had a firm resolve to take opposition on board on all issues of national importance, adding that the decision over the chief election commissioner was a continuation of that resolve. Speaking to reporters, Shah, who heads the 12-member bipartisan parliamentary committee, said, “Any fears regarding rigging in elections should no longer hold merit,” adding that 90 percent of the work pertaining to implementation of the Charter of Democracy (CoD) had been completed.The meeting was attended by Senators Islamuddin Sheikh, Abdul Ghafoor Haideri, Raja Zafarul Haq, Haji Muhammad Adeel, MNAs Dr Muhammad Farooq Sattar, Chaudhry Ghias Ahmad Mela and Abdul Qadir Baloch.