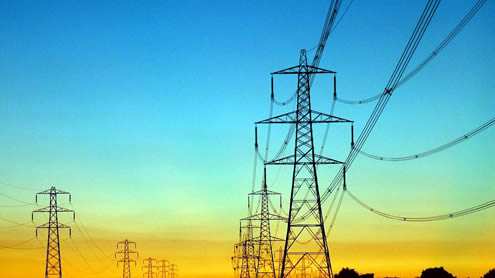 ISLAMABAD: The Water and Power Development Authority (WAPDA) here on Thursday informed the Senate Standing Committee on Water and Power that WAPDA is working on 20,000 megawatts (MW) hydel power generation projects and assured that 10,276 MW at lowest rates will be made available in the country by 2020.

The Senate body met in the Parliament House with Senator Zahid Khan in the chair, Minister for Water and Power Chaudhry Ahmed Mukhtar, secretary Zafar Mehmood and Petroleum Secretary Dr Waqar Masood Khan also attended the meeting. The members of the committee questioned that who would be judging the claim of WAPDA in 2020 when no one from the members of this committee will be in the parliament. However, WAPDA officials assured the committee that what they are committed to make sure through their efforts by 2020 that 10,276 MW power through hydel projects would be available in the country.

A WAPDA official explained that less than committed financial resources is the main hurdle in delay and cost overrun on water and power sector development projects and sought help of the committee in providing funds to WAPDA as per committed amount to make its planning predictable. WAPDA Chairman Shakeel Durrani was optimistic about the average annual flows and water storage potential of the country and informed that some 17.8 million acres feet (MAF) water would be available for storage in future in the country (enough for three dams like Diamer Bhasha Dam). The live storage of the Diamer Bhasha Dam would be 6.8 MAF and WAPDA has already released Rs 5 billion for land acquisition and Rs 13 billion for construction or establishment of required infrastructure for the construction of dam like roads, residential colony and offices power availability. Explaining the access water availability scenario, he informed that average annual flows to Kotri Downstream were 31.3 MAF during 1976-2010. However, during 2012 alone 54.5 MAF flows to Kotri Downstream were recorded.

The WAPDA chairman informed the committee that the tunnel boring machine has been imported in the country for the Neelum-Jhelum hydropower project and use of this machine from August 7 would help reduce the construction period by 18 months and the project would be completed by 2016 as against the earlier targeted date of 2018. He also explained to the committee that India can’t construct reservoir of Indus System, however, it can construct run-of-river projects. There is disagreement on water holding duration for power generation, however, volume of water discharge has not been affected for Pakistan till date. – Dailytimes