Balochistan govt wakes up to unrest, at last! 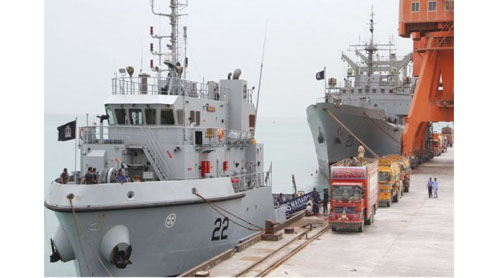 Balochistan govt wakes up to unrest, at last

QUETTA: Balochistan government has decided to start operation against terrorists and criminals involved in kidnapping for ransom, target killing and other crimes.

In a high-level meeting chaired Sunday by Balochistan Chief Minister Nawab Aslam Khan Raisani, they also decided to eliminate dens of violence breeders and bring them to justice by utilising all available resources as directed by the Supreme Court.The meeting thoroughly discussed the overall law and order situation of the province, particularly terrorism in Quetta, kidnapping for ransom and other anti-social activities and approved a strategy to tackle these.

Balochistan Chief Secretary Babar Yaqoob Fateh Muhammad, IGFC Maj-Gen Obaidullah Khattak, Home Secretary Nasibullah Khan Bazai, DIG Special Branch Rehmatullah Khan Niazi, Quetta CCPO Mir Zubair Mehmood, Commissioner Qambar Dashti and other officials from departments concerned attended the meeting.The meeting discussed the extracts of the yesterday’s meeting on the law and order issue and decided that survey of the residents started by the police and Levies force at Thana level would be completed soon. In this process the administration and employees of Balochistan Constabulary would also participate who would visit door-to-door to collect the data of the residents with the assistance of Nadra. Complete data of coal mine workers would also be collected for which directions were issued to mineral department and labour and man power department.

The meeting further decided to improve internal and external security of the province and in this regard it decided to take joint steps by the departments concerned. The Law enforcement agencies were directed to increase the number of their personnel in city as well to enhance patrolling to prevent criminals’ escape after any crime. It was also decided that mining sector and other development activities would never be allowed to be affected by terrorist activities and complete protection would be provided to the people working in different sectors.

Aslam Raisani directed for the reconstitution of prosecution and special branch and for improving their professional skills. He also stated that collection of information and its exchange system would be improved further. He categorically stated that immediate response group of the Balochistan Constabulary would be deployed at sensitive places. He directed all the departments to submit day-to-day and weekly reports of their meetings. – Nation