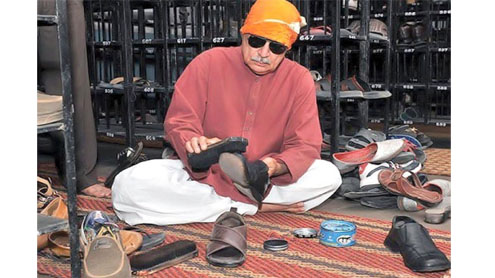 ISLAMABAD: The Supreme Court Bar Association (SCBA) on Sunday issued a show-cause notice to Deputy Attorney General (DAG) of Pakistan Khurshid Khan at the Peshawar High Court for “defaming” the country during a recent visit to India.

The SCBA has asked the DAG what made him to polish shoes at an Indian shrine and asked for an explanation. The DAG belongs to Peshawar and was seen polishing shoes of people in India. “The SCBA is livid and annoyed over the incident as the image of Pakistan has been damaged,” it said. Khurshid Khan spent several hours polishing shoes of worshippers at Gurdwara Rakab Ganj Sahib in New Delhi on March 26, 2012 when he was in India as a part of a Pakistani Supreme Court Bar Association delegation (SCBA) to India. He left for Golden Temple, Amritsar the same day to clean thousands of more shoes. – PT