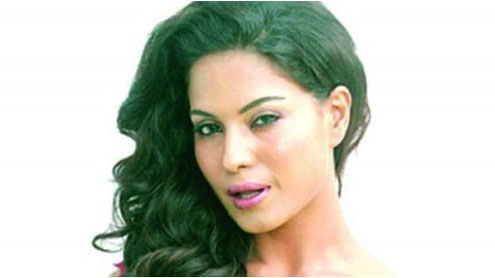 LAHORE: Controversy might be Veena Malik’s middle name, but this Ramadan the mischievous missy is all set to seek redemption – at least that’s the selling point for Hero TV.

In a move that has generated enough hullabaloo to match that of the infamous FHM cover photo episode, Veena would be hosting a show called “Astaghfaar”, in a bid to encourage the ‘sinners’ to purge themselves of their evil and ask Allah Almighty for forgiveness. Needless to say that Hero TV’s ratings would skyrocket, as the battle to woo the audience at Iftaar time (Ramadan’s prime time) heats up.

Astaghfaar’s promo begins with a warning highlighting the fact that the hour to seek clemency for our misdoings has arrived. As fire blazes in the background, symbolising hell, punishment looms for those who’ve gone astray. The promo then goes on to showcase an emotional Veena Malik, spelling out her intentions of seeking forgiveness for her sins, and counseling the viewers to do the same. Nonetheless, the prospect of watching Veena Malik – the woman that has made a mockery of both the cultural and religious beliefs from our neck of the woods – hosting an Iftar time show in the holy month of Ramadan is a hard pill to swallow for the masses.

“The liberal secular media group, which has employed Veena to do this show, has a habit of cashing in on controversy and apparently that is the only way they know how to make money. It is a shame that this time, they did not even spare religion. Such below the belt mockery of religion is the benchmark of all Pakistani pseudo liberals,” said Nida Masood, a LUMS graduate failing to fathom the entire episode. Salman Ali, a teacher, said, “I can’t believe that every single person has taken even Ramadan for granted.

They believe that they can do whatever the hell they feel like throughout the year, and ask for forgiveness in the holy month. They can fool the people, but do they not realise that they can’t fool Allah?” Jehangir Ahmed, an eighth-grade student, wrapped up the debate with a stinging exclamation mark, “This move shows that media is indeed free. They should also put the promo for Veena’s upcoming film ‘Daal Mein Kuch Kaala Hai’ on air simultaneously. Maybe that will clarify how ridiculous the whole thing is.” The backlash was inevitable, but as far as Hero TV is concerned, so is the viewership. – PT