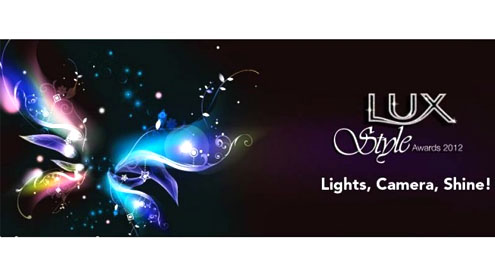 Each time a Lux Style Awards (LSA) event is over, there are grunts and grumbles, it’s easy to say that those who didn’t win are the ones who are making a ruckus but then you have your famous ‘there’s no smoke without fire’ to contradict that.

One does agree that you cannot please everybody and it is a fact (and human nature) that some people losing will hold it against others who are winning. There will be some who will always be unhappy at the end of the event. Having said that, is that ‘some’ turning into ‘a lot’? And if yes, then there is a problem.

It is not possible for one who is a part of (primarily) the fashion and style industry as well as the TV and music fraternity to not talk about something as grand as LSAs. It is a ceremony that has stood the test of time – happening for 11 consecutive years now – and undoubtedly has provided a nationwide platform especially with its broadcast on major television channels to the industry – fashion predominantly. At the same time, mammoth resources resting behind the Lux Style Awards’ (LSA) organisation is a positive sign for the still nascent (we have been using this word for over a decade now) fashion industry.

It is a testimony to the fact that our industry is progressing and that corporations are interested to invest in such ventures which are circled around them. Asjad Hussain Khan, a spokesperson for Hum TV Network, says, “It’s the biggest television award and fashion award in the industry. In all kinds of media, it gets recognition and is widely accepted.”

To top that, the industry needs an ongoing platform surviving for years that showcases the talent, new work and also encourages others to work hard and win some recognition. LSA has provided that platform for a decade.At the same time, a credible, long standing event has the potential to contribute and grow with the industry. Khawar Riaz, stylist who has an eye to spot top models and has been associated with the industry for almost two decades, supports the statement, “I think LSA is a great effort to support the industry and turning people like us into celebrities, I have always supported this platform and feel that Fareshteh Aslam has done a great service to all of us.”

As soon as the event is over, the biggest complaint from participants is questioning the credibility of awards given out, which in turn questions the credibility of not just the process of judging but the entire event itself. Such deliberations make for an environment that is not inclusive and projects the overall image of the event in a negative light.

Many industry professionals feel that there is an element of bias demonstrated by the jury and certain individuals control the decision making when it comes to award winners and they must be fair – not just on paper but in spirit as well. Rizwan Beyg, a veteran couturier and a pillar of the fashion industry opines, “I think the best way to be judged is to be judged by your peers in each category, photographers who aren’t nominated judging the work of those who are nominated and designers for designers and so on.”

Although, Rizwan points out flaws with the judging process, many also feel that the muck-up starts way before the judging process.A young industry professional, on the basis of anonymity, confesses that portfolios are judged not by the relevance or work in one calendar year but on personal affiliations. The youngster also feared the backlash from the LSA team of being ostracised and many industry events upon revealing identity.

So what is the solution, according to Rizwan, “In order to make the judging process more inclusive, everybody from the industry should have a vote, in this way everybody gets to participate. You are at the risk of being controversial when you create juries, one will eliminate accusations of awarding people with personal associations and political alliances by involving the whole industry. At the end of the day, if you are doing awards, you do want to come across as fair, correct?” he concludes with asking for a reaffirmation.

While stylist Nabila feels that 2011 was the year her team took make up and styling to the next level by opening N-PRO (a one-stop make-up and styling outlet) and is  happy to be noticed by the industry, a journalist posted: “Prove it to me scientifically, how Nabila can win the same award for five years.”Khawar Riaz supports the idea of the LSA, but feels that bias is a part and parcel of the event, “How can a designer who is designing for over three years and deserves to compete in the main category get nominated for an Emerging Talent Award whilst a model who has not even completed one year in the industry is nominated for the main category?” he questions.

“That’s the nature of the beast,” says award organiser Fareshteh Aslam, commenting on the post-LSA grievances. “You can’t do anything about it,” she adds, explaining that each category has a unique judging process, but the voting for the fashion category’s is not done by experts in that field. “A make-up artist will not vote on something that is her field,” she maintains, differing from Beyg’s viewpoint. At the end, she says that while every jury does vote for the person they think is best, the organisation ensures that the selection of panelists is fair.

Many of us do not even care about what the outcome of this awards ceremony is, as for the majority, fashion is a trivial industry. One has to take into account that it is one of the most progressive industries and brings back global recognition by promoting the softer image of Pakistan, which really is the need of the day. But the industry feeling so strongly about it speaks of their passion and commitment to turn such events in the benefit of the industry.

Apart from awarding and recognising talent, initiatives with the aim to invest to become a part of the organic growth process of the industry via fashion/textile scholarships and other such developmental programs should be introduced for the longevity of the show.However, more than anything, there is a need to ensure the credibility, transparency and fairness of these awards which unfortunately a number of industry professionals feel it is losing. – Tribune