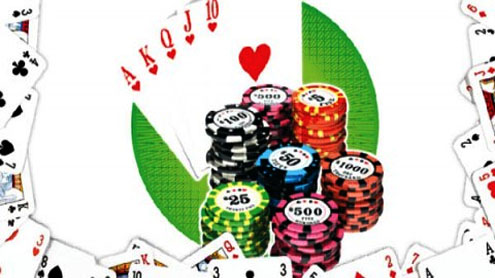 KARACHI: Gambling, though legally banned in Pakistan, continues to make its way in the under currents of the society as an aberration.

Still every now and then, the newspapers carry a news item in which police had busted a den of gamblers or something like it. But what most of us Pakistanis have been unaware of is quite baffling. Pakistan supposedly hosts Asia’s largest gambling den in the Ghas Mandi area, situated in Karachi, where more than 5,000 gamblers are running their businesses under the shelter of high-ups of the law enforcement agencies and the government.Sri Lanka hosts the second biggest gambling point where six to seven different games are played but Ghas Mandi has a lead on it as it offers almost 11 games being played in various formations.

A gambler can play Chakri, Naal Wali Chakri, Rolat, Chaka, and other games at Ghas Mandi. There are eight Chakri, four Chakay, two Rolat and 30 books of different games of South Africa that are being run in this area. More than 200 bookies are running their books for cricket matches in this area.Gamblers in the area living in rented houses and flats that cost them almost five times higher than standard rates. “A flat or house normally costs 5,000 to 8,000 rupees per month in rent while gamblers in the area are paying more than 20,000 rupees per month whereas several gamblers have also purchased their own property here,” said sources.

Government officials and law enforcers are generating hundreds of millions of rupees from the gamblers in Karachi. This area is a golden goose the high-ups in the law enforcement agencies take heavy bribes from this area to keep silent and provide protection. “Ghas Mandi area alone provides 250 million rupees per month to Sub Inspector of the area, named Waseem, while different criminal groups with links to political parties of the city generate anywhere between 10-100 million per month from this area,” sources said. “SI Waseem has close links with the high-ups of the police and home department and delivers bribes to the officials,” said a gambler. Sources at police department claim that this sub inspector has great influence and has his fingers in many pies.

“One can guess the level of influence he enjoys by the fact that he is directly involved in posting of the SHOs in all of the police stations in Karachi,” said sources in police department.The local police station of Ghas Mandi area does not poke its nose in this business as Waseem has instructed them to keep away from them.Police sources also said that Waseem was a controversial person as he was very close to the high-ups.Two years ago, his wife and nephew were killed while he survived in an attack by unknown persons. Waseem claimed the incident as an attack on him but sources said that it’s a controversial issue and the inquiry of the case had been halted on the instruction of police high-ups, sources said. – PT