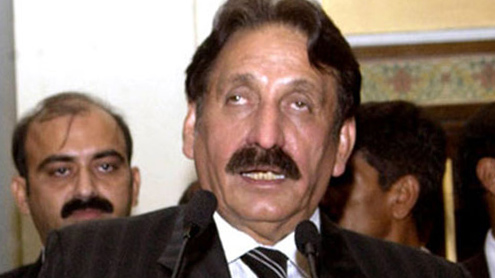 The Supreme Court on Wednesday adjourned for the day the hearing in the petitions against the recently passed contempt of court law.

Amid hints that a verdict may be forthcoming by Friday in the crucial case that is likely to have a bearing on the fate of Prime Minister Raja Pervez Ashraf, the top court asked counsels of all petitioners to conclude arguments on Thursday. The government lawyer would then respond to them.  A five-judge bench of the apex court led by Chief Justice Iftikhar Mohammed Chaudhry is hearing the petitions. The law exempts all holders of public office including the prime minister from contempt of court proceedings.

Raja, like his ousted predecessor Yousuf Raza Gilani, faces the contempt charge for defying court orders to write letter to Swiss authorities to reopen graft cases against President Asif Zardari.  The petitioners and most jurists have questioned the constitutional validity of the law that was rushed through the Parliament ostensibly to stall Gilani-like court action against Raja.

During the hearing, Chief Justice Iftikhar remarked that violation of the court orders constituted serious contempt. He said the new law superseded the 2003 contempt of court law which was given protection under the 18th Amendment adopted in 2010 reflecting the foresight of the politicians. -khaleejtimes