Spy chiefs of US, Pakistan to meet on August 1-3 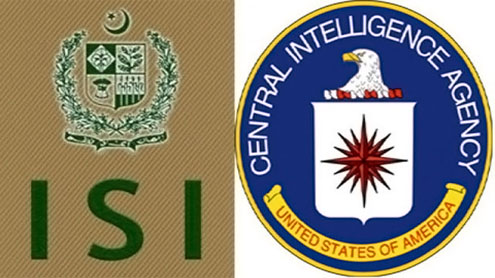 ISLAMABAD: The United States is likely to press Pakistan afresh for a military operation in North Waziristan during the vital talks between senior American officials and the ISI Director General Lt Gen Zahir-ul-Islam, who will visit the US from August 1 to 3.

General Zaheer will meet his CIA counterpart David Petraeus most likely on August 2 and it will be the first meeting between the spy chiefs of Pakistan and US after the reopening of NATO supplies, which Islamabad had blocked last year in November after the American air strikes on Pakistani border posts killed 24 soldiers. “This will be a service-to-service bilateral visit wherein he will meet his counterpart General David H Petraeus, Director of the CIA,” an ISPR spokesman said in a brief statement on Sunday.

However, diplomatic sources here said that the US spy chief and other American officials, who meet General Zaheer would make a fresh and strong demand for an operation by Pakistan army in North Waziristan against the most powerful militant organisation ‘Haqqani network’, which is allegedly based in that tribal region and blamed by Washington for most of the deadly attacks against NATO forces in Afghanistan.

“Pakistan has told the US many a time that if they wanted the ‘Haqqani network’ to become a part of the ongoing reconciliation process in Afghanistan, they should not expect that happening after entering into fight with the same powerful Taliban-linked militant outfit in Pakistan borders,” said a source seeking anonymity. He said, “How can you expect someone to talk to you when you are engaged in fighting with him?” He said that Pakistani forces were also overstretched after being engaged in military operations in many tribal areas and any other major military offensive was unlikely on the part of Pakistan army as that would need resources beyond its current capacity.

A Pakistani official, who also sought anonymity, said that General Zaheer would take up another important matter of drone strikes in Pakistani tribal areas with the US officials and would make a strong demand for an immediate end to those strikes.Pakistan has told the US that its F-16 fighter planes equipped with laser guided precision bombs and missiles could hit the target better with a lot less collateral damage, and could be used in the tribal areas against the terrorists and miscreants as the drone strikes by CIA had proved counterproductive.

The official said that the ISI chief was also likely to demand of his counterpart and other US official the provision of drone technology to Pakistan along with the means for Pakistan to carry out the attacks instead to be used against the militants in the tribal areas.He said that other issues that would be discussed thoroughly between the two spy chiefs included the counter-terror cooperation between Pakistani and NATO forces on Afghan border, intelligence sharing between ISI and CIA and the reconciliation process launched in Afghanistan to bring the Mullah Omar-led Afghan Taliban to the negotiation table with the Afghan government and the United States.

He said that the meeting between General Zaheer and the CIA chief was very significant and it would go a long way in determining the nature of future relations between the two countries. Lt Gen Islam is expected to drive down to the Capitol Hill to meet top Congressmen, in particular the members of the intelligence and foreign affairs committees. He is expected to “strongly articulate” the viewpoint of ISI to the US lawmakers, who of late have been strongly critical of the spy agency’s role in the war against terror. – PT

CM comes down hard on bureaucracy