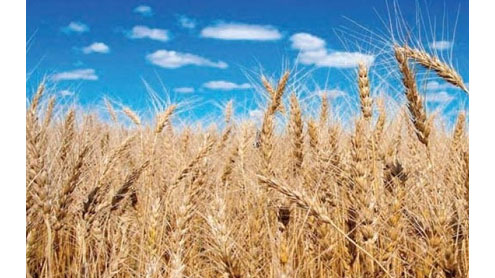 PESHAWAR: Farmers in the northern Khyber Pakhtunkhwa are at risk of suffering financial losses as thousands of acres under crops have been badly affected due to lack of irrigation water, according to experts.

“The woes of growers have been compounded due to low rains during the current monsoon season and power outages that have rendered hundreds of public sector irrigation tubewells ineffective,” farmers from Malakand division told Media.“This situation is beyond our control and farmers also know it very well,” a senior irrigation department official said, when contacted.He said that the department’s field staff received numerous complaints from farmers every day about nonfunctional irrigation tubewells owing to prolonged power outages.

The official said that in majority instances tubewells could not function even when electricity supply was restored.“Most of our tubewells are too old to perform efficiently and they don’t operate if the electricity contains low voltage,” he said.Altaf Hussain, a maize and tomato grower from Dir Lower district, said that several farmers in his Taza Gram union council and its adjoining villages could not irrigate their cultivated lands because when their turn came to use the government tubewell it could not be operated owing to power outages.

“Farmers wait hours and hours for their turn to use inflows from their area tubewell, but in many cases their luck don’t favour them because we don’t have electricity for 16 to 18 hours every day,” said Mr Hussain.According to him Taza Gram and its adjoining Talash union council jointly had 40 to 45 irrigation tubewells owned by the irrigation department.He said that 98 per cent of the area under maize crop was expected to dry completely or produce low yields because irrigation tubewells had been rendered nonfunctional owing to power outages.“Agriculture sector is considered backbone of our country’s economy, but power outages have ruined us,” said Mr Hussain.

The maize growers, he added, would end up to suffer considerable financial losses, whereas, those who were depending on their tomato cultivation might manage to achieve breakeven.Farmers in other districts of Malakand division with dependence on tubewells and rain for irrigation purposes have had a troubled monsoon this year.“All the nine tubewells of irrigation department are nonfunctional because of intermittent power outages, exposing farmers to the worst kind of situation,” said Jamsher Khan, a tobacco grower from district Buner.Farmers’ incomes were dwindling as, said Mr Khan, low rains had added to their problems, badly affecting tobacco crop in farming areas that depended on rainwater for irrigation.

Jamsher’s native Chamla village and its surrounding rural areas in tehsil Mundan, according to him, have around 30 tubewells run in the private sector as people over the years invested money and installed their personal tubewells, trying to overcome the water shortage problem.However, because of power outages many of the owners of these tubewells are forced to use diesel powered electricity generators to operate the tubewells.“The cost of diesel has become unbearable for many of the farmers, raising their production cost to a level where they can only expect to recover investments at the end of the harvesting season,” said Mr Khan.

Farmer Hussain from Dir Lower also said that diesel was not a profitable farming option any more. The fuel, he added, had become too expensive to support subsistence farming in the far flung areas of Khyber Pakhtunkhwa.The per hour cost of irrigating half an acre cultivated land, he said, came to Rs800.Under the current circumstances maize crop is not a good option for growers because, according to Mr Hussain, it requires flood irrigation and it takes three hours to irrigate half an acre under the maize crop.

“If a farmer operates a diesel powered generator to run the tubewell, the generator will consume five litres per hour and if you calculate other expenditure it will cost Rs2,400 to irrigate half an acre in three hours, which is not a cost effective option for many farmers,” he said.Meanwhile, farmers’ difficulties induced by low rains are not expected to end in the near future.“There are chances of rain in the first 10 days of August in the northern parts of the province after which, except for Hazara division, no other region in Khyber Pakhtunkhwa is likely to have monsoon rains this year,” Met Office Director Regional Mushtaq Ali Shah told Media on Monday. – Dawn