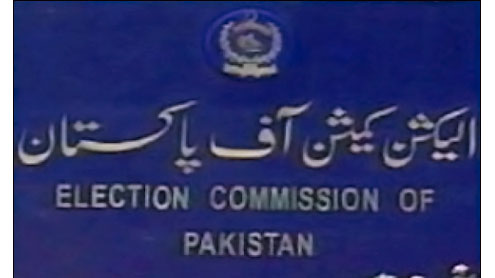 ISLAMABAD: Chief Election Commissioner Fakharuddin G Ibrahim on Tuesday underlined that a total of 80.436 million voters have been registered in the new electoral list using latest technology and help of NADRA.

Addressing a news conference in Islamabad Tuesday‚ Chief Election Commissioner Fakharuddin G Ibrahim said that with the issuance of the voters’ list‚ the first phase of electioneering has started in the country.He said a total of 80.436 million voters have been registered in the new electoral list using latest technology and help of NADRA.He said the voters can correct any mistakes before the announcement of the general elections.

He said by sending an SMS on 8300‚ a voter can check his information.He said an effort has been made to make the rolls transparent.The Chief Election Commissioner said that the people over the age of eighteen year are eligible to cast the vote.To a question, he said that changes could still be made in the electoral lists.He said only the voter having the computerized National Identity Card will be allowed to cast his vote.

The CEC said uncontroversial elections were the only way out of the present crisis.He said free and fair elections are essential for the country’s better future.He said that nobody would be able to point finger at the final electoral lists.“We want to hold such an election which nobody could dispute.“The Election Commission has competent workers. We have papered the electoral lists without any fear,” he said, adding that the CEC staff made house-to-house visits to verify voters.

But, this success is imperative for the whole nation. It is my last wish. We need to do it and it will be done, he stated.He further added that he would work with consensus and Election Commission is independent from the influence of the government.Secretary Election Commission answering questions of reporters said the electoral lists consist of names of 4 million Pakistanis living abroad. He said that in order to participate in the election process it is necessary for the voter to have Nadra computerized ID card. – Onlinenews

Petroleum prices go up by Rs 7.67 per liter

Petroleum prices go up by Rs 7.67 per liter