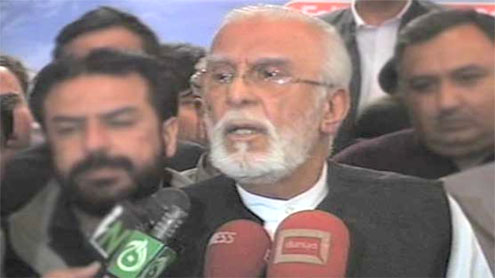 According to sources, he has also sent his resignation to the Chief Minister Punjab, Shahbaz Sharif.The sources said that the Khosa was annoyed with Punjab administration for taking action against his son Dost Muhammad Khosa, a leader of PML-N, in Sapna murder case.The former CM Punjab, Dost Muhammad, had resigned from his cabinet post after the Lahore High Court (LHC) charged him in the case pertaining to the kidnapping and murder of actress Sapna.

Actress Sapna Khan was the former wife of Dost Muhammad Khosa and daughter of Missal Khan.Earlier in December, Khan accused Khosa of kidnapping and murdering Sapna while Khosa levelled the same allegation at his former wife’s family.According to sources in CM House, the resignation letter has been received by the CM House but the PML-N leadership is trying to stop Khosa from resigning. – Dunyanews

1h finishes on a high while apprehensions persist