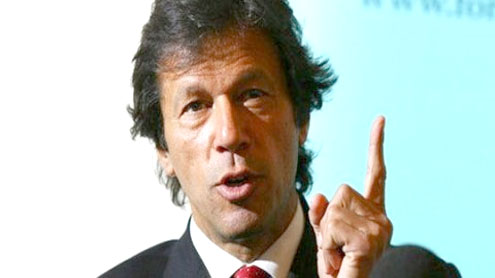 ISLAMABAD: Pakistan Muslim League-Nawaz’s (PML-N) Opposition Leader in the National Assembly Nisar Ali Khan on Thursday challenged Imran Khan to prove he paid even a single penny in tax since 1971 to 1991.

Talking to reporters, the PML-N leader said the party was fed up of the daily blame game and wanted to take it to its logical end. He said Imran had said he would move courts against the PML-N leadership. “Now I accuse you of tax evading, take me to court now,” Nisar said. “Let us take our evidences against each other to the chief justice or any other judge who you trust,” Nisar said. He said Imran’s politics evolved around blame game and calling his opponents thief and swindlers. “I bet you [Imran] never paid any tax since you started earning,” he added.

“Don’t challenge me, you won’t be able to show your face to anyone if I disclose private talk,” Nisar said, adding that Imran had no means of earning and was still running a political party. He said Imran never criticized the government, MQM, ANP and Q-League. “Imran is not like he presents himself to be, he is a different man. I will show Imran’s tax record to the media if he doesn’t take me to court,” he added. Slamming Imran for only accusing the PML-N and saving his criticism against the PPP, Nisar said the PTI chief and Interior Minister Rehman Malik spoke the same language.

“They both criticize Nawaz Sharif and the PML-N, but they don’t attack each other,” he said. The opposition leader said Imran’s accusations against Nawaz’s son were lies. He urged the PTI chairman to go to the courts in Britain if he thinks that the business of Nawaz’s son Hassan Nawaz is running on laundered money. “Imran knows the streets of Britain more than anyone as he has spent his life in the clubs of Britain, so he should knock the doors of courts rather than leveling mere accusations,” he said.

Accusing Imran of fooling the youth of Pakistan, Nisar said he should take him to the court as he has challenged earlier. “Imran has a habit of turning away from his words; he had abused the Chaudhry brothers in the past but now he calls them the only genuine opposition in Pakistan, he fought against the MQM but now has a different tone towards the party. He was once a supporter of Pervez Musharraf and now he is against him,” Nisar said. – PT