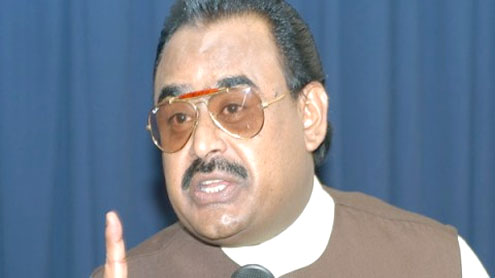 KARACHI: Muttahida Quami Movement (MQM) chief Altaf Hussain has said the MQM wants to create an environment of peace, unity, solidarity and harmony in the country.

He said this while talking to the Rabita Committee at MQM head office Nine Zero, said a statement issued by the MQM on Thursday.He said they did not hate anyone and they love all and respect all. We want to have love, brotherhood and solidarity among the people belonging to different groups and followers of all faiths and schools of thought and we want everyone to have respect for others, he added.

Altaf said that it was because of this policy of the MQM that the people belonging to different schools of thought and speaking different languages were feeling attraction towards the MQM.He said people were witness to the fact that he was striving for all the depressed and downtrodden people without any discrimination. Altaf Hussain asked the members of the Rabita Committee to make every effort for promoting harmony and solidarity. – PT