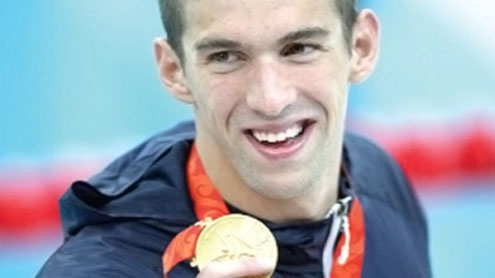 Michael Phelps, the most decorated Olympic athlete of all time, has revealed what no sports fan wants to hear – that Olympic swimmers occasionally relieve themselves in the pool.

The US swimmer said: “I think everybody pees in the pool. It’s kind of a normal thing to do for swimmers. When we’re in the water for two hours, we don’t really get out to pee. “Chlorine kills it so it’s not bad.” Phelps was responding to comments made by fellow swimmer Ryan Lochte, who caused controversy recently when he reportedly said that he has on occasion relieved himself while in the pool.

Lochte has revealed that he peed in the pool while warming up for the London Olympics. The 28-year-old swimming star made the revelation when radio personality Ryan Seacrest asked him, if swimmers urinate in the pool. – PT