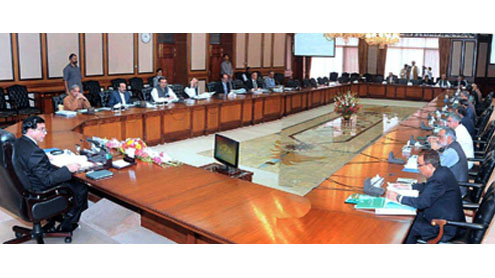 ISLAMABAD : The Council of Common Interests on Wednesday decided to constitute a committee to address the complaints of the provinces regarding uneven loadshedding in the country and given the task to complete its recommendations within a week.

A CCI meeting, held here at Prime Minister Secretariat under the chairmanship of Prime Minister Raja Pervez Ashraf, decided that the committee headed by Minister for Water and Power will include Chief Secretary and a technical member from each province.The terms of the reference of the committee include recommendation of a mechanism to ensure equitable distribution of available electricity and measures for recovery of power dues.

The Prime Minister directed the committee to put up its recommendations within one week.Earlier, in his opening remarks, the Prime Minister recalled that the present energy crisis was due to the failure of previous government, which did not add a single MW of generation capacity to the system. – APP