Lawmakers all set to get 60pc more salaries! 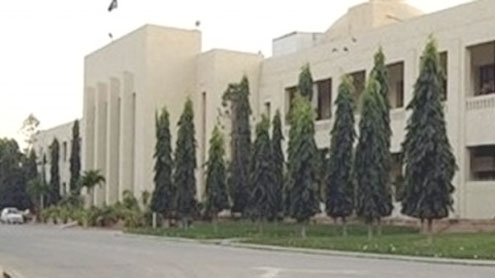 Lawmakers all set to get 60pc more salaries!

KARACHI: Following a recent 15 percent rise in government servant’s salaries, up to 60 percent fresh increase has been proposed in the salaries and incentives for the members of the Sindh Provincial Assembly and other senior provincial officials.

In a report forwarded to the Special Standing Committee, the pay hike was also recommended for the speaker, deputy speaker, ministers and advisors to the Sindh Chief Minister. Sources said it was suggested in the report that salaries of Sindh assembly Speaker and Deputy Speaker be made at par with the pay scale of grade 22 officers. With recommendation of 60 percent increase in the salaries of MPAs, the report proposed a 40 percent hike in provincial advisors’ salaries from Rs78,000 to Rs90,200.

All MPAs would now get Rs54600 each where previously they received Rs39,000 and a Special Assistant (Advisor to the CM) would receive Rs42,000 instead of Rs30,000, the sources added.
As if not satisfied with the privileges they already enjoyed, the well-paid lawmakers and government big-wigs even demanded Rs20 per kilometer under the head of fuel charges plus a 50 percent hike in TA/DA allowance.

With the hope of seeking God’s mercy