Dasti announces to contest against Khar in polls 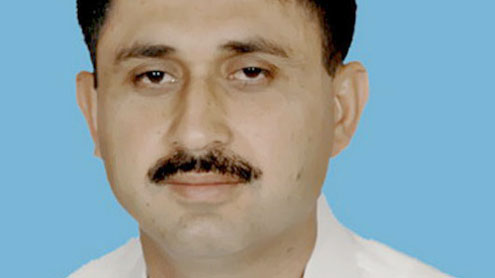 MULTAN: PPP MNA from Muzaffargarh Jamshed Dasti on Sunday said he would contest elections against Hina Rabbani Khar “come what may”.

He also said that he was available for the post of the prime minister, in case PM Raja Pervez Ashraf was also disqualified by the Supreme Court.Addressing a press conference, Dasti said if the party leadership selected him for being its third prime minister under the current assembly, it would be a matter of pride for him and the area.

Dasti criticised the PML-N leadership, saying that their politics was based on revenge. He said the PML-N did not want to see the creation of southern Punjab and Bahawalpur provinces, adding that the party had not sent the names of its representatives for the commission on the creation of the two provinces. He said the PML-N leadership had adopted criminal silence over the issues of national interest.“Due to ‘Takht-e-Lahore’ southern Punjab has become a police state,” he said. – Dailytimes