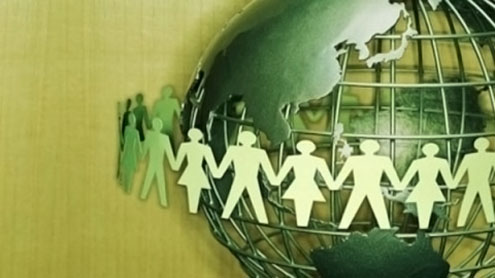 ISLAMABAD: The consensus reached at a consultation organized by the Human Rights Commission of Pakistan (HRCP) on Sunday was that Pakistan’s survival depended on strengthening the democratic process to remove the tensions and imbalance in civil and military relations and ensure that all institutions of the state play their role in the wellbeing of the people within their parameters

The consultation on ‘civil-military relations and their impact on human rights’ was attended by politicians from across the political spectrum, former military officers, representatives of civil society, noted academics and journalists.The assembly passed a 15-point resolution to strengthen the democratic process and address other ills in the system.The resolution said Pakistan’s survival lay in strengthening the democratic process and it could not flourish without the existence of a strong parliament or an independent judiciary. “The country needs both.

However, recent events are disturbing as the authority of parliament has been undermined and its lawmaking power challenged. All laws that are in contravention of fundamental rights ought to be struck down by the courts but they cannot put restrictions on the parliament to enact laws.”The resolution said in order to further strengthen the judiciary’s independent character, political parties should consider the establishment of a constitutional court as promised in the Charter of Democracy that was signed by the two major political parties of the country.It called for transparency in revenue collection and use of resources.

In this regard all institutions of the state, including the various branches of the executive, the military, the intelligence agencies as well as the judiciary, should be made accountable. “The military’s service to the country cannot be denied. It has hugely suffered in the last few years while fighting terrorism but it must maintain its professionalism, among other things, by winding up intelligence work of political nature and its business enterprises which are not only an unnecessary burden on the economy but also distract the military from its professional duties.

”It said the situation in Balochistan was extremely critical and offered the gravest example of imbalance in civil-military relations and their impact on human rights. “It is vital that political leadership of all shades address this critical situation seriously and with due diligence and sobriety.” – PT