Censor board to be set up in KP 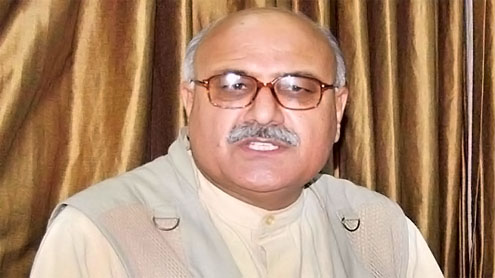 PESHAWAR: Khyber Pakhtunkhwa Information Minister Mian Iftikhar Hussain has directed the concerned officials for establishing censor board in the province in the light of the 18th amendment to eliminate the menace of vulgarity and obscenity.

He said this while chairing a meeting of the culture department here the other day.The minister said that along with promoting positive cultural activities in the province, theatre plays on the lives of national heroes would also be staged.

The meeting was informed that a CD on theatre play of great Pashto poet philosopher Rehman Baba was ready and would soon be introduced in the market after necessary editing. Similarly, a team has been selected for theatre play on the life of another Pashto freedom fighter and poet Khushal Khan Khattak as work on its script writing and production would be started soon. – Dawn