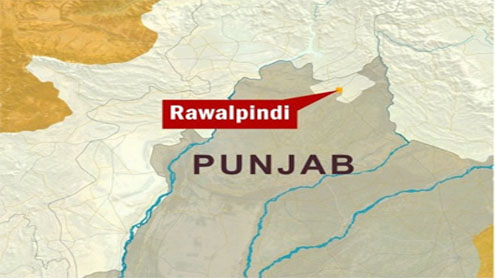 RAWALPINDI: Two dozen suspected smugglers on Tuesday managed to get free a passenger bus loaded with chemicals, cloth and other contraband being smuggled from Khyber Pakhtunkhawa to Punjab.

The suspected smugglers attacked the Customs staff, damaged their vehicles and forced them to retreat before fleeing with the contraband.Surprisingly, the customs staff did not call in reinforcements despite facing resistance from the smugglers.It all happened when the Motorway Police signaled a passenger bus coming from Peshawar to stop at Islamabad intersection of the Motorway.

After finding a large quantity of cloth, chemical and other goods being smuggled, the Motorway police informed the customs’ anti-smuggling staff.Pervez Iqbal, the customs inspector who was leading the squad, said in his complaint that on receiving information from Motorway police he along with his staff reached the scene and found the bus loaded with smuggled goods.

He said while the customs staff was taking the bus towards Kallar Kahar, (away from the Motorway) he found some five to 10 private vehicles blocking their way.He said when they stopped, the suspected smugglers crashed their vehicle into the official double cabin van of the customs officials, damaging it.

The group then thrashed its staff and managed to snatch the impounded chemical and other contraband from the customs staff.However, a complaint was lodged with the Westridge police by customs inspector Pervez Iqbal which led to the registration of a case against the gang of smugglers.No arrests have so far been made by the police. – Dawn

Censor board to be set up in KP