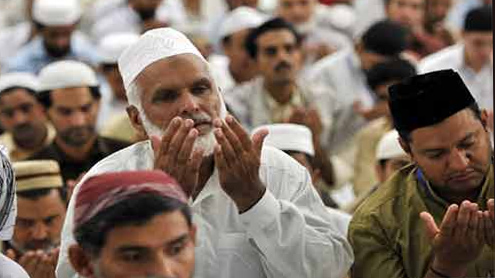 Muslims are celebrating Eid-ul-Fitr with traditional zeal and religious fervour.

Special Eid sermons where organized at all mosques where Ulema stressed for unity of Muslim Ummah.

Ulema and khateebs from different schools of thought delivered special sermons and lectures to highlight the significance of the day.  The security has been further beefed up for Eid. A contingency plan has been issued to ensure and maintain law and order, safety and security of the general public. Police personnel would perform their duties outside the mosques and public places.-Dunyanews