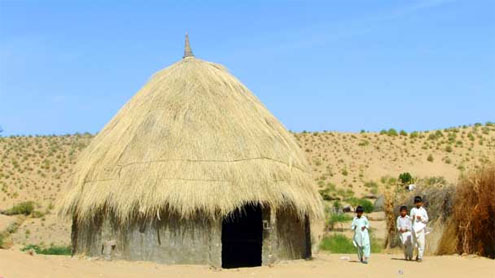 KARACHI: Massive starvation has hit Tharparkar desert which has forced the people to start migration to other places and every day at least 200 people were migrating to other places.

Advisor to Singh Chief Minister on relief Haleem Adil Sheikh on Saturday visited Tharparkar desert and the district government briefed him about massive starvation. The advisor was informed that a large number of people along with their cattle had migrated to other places due to starvation and every day at least 200 people were leaving the desert.The district authorities have demanded that the Sindh government should grant immediately the remaining Rs20 million grant which was announced in 2008-2009 at emergency basis to meet the situation.

Adil Sheikh said that at least 28 RO plants were functioning across the district and at least 25 more plants would be installed in affected areas within two weeks. He said that starvation affected over 1.4 million population and more than 800,000 cattle of the district. He appealed to the international community to provide aid in this regard. – PT