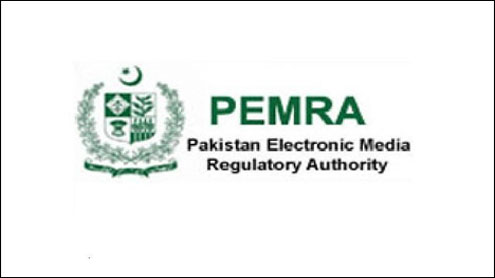 ISLAMABAD: Participants of a meeting held to set parameters to guide electronic media on “obscenity” on Monday unanimously agreed and suggested the Pakistan Electronic Media Regulatory Authority (PEMRA) to invoke its laws across the board.

The meeting was held at the PEMRA Headquarters.The PEMRA chairman thanked participants for sparing time and assured them that all possible measures would be taken within the ambit of PEMRA laws to curb violation. The next meeting on the subject was proposed in mid-September. The owners of TV channels and cable operators will also be involved in this constructive consultation process.

The participants took serious view of non-representation from owners of TV channels and cable operators. The PEMRA chairman briefed the participants about various terminologies and connotations used to define obscenity in different countries. Qazi, Mehanti, Qayyum and Abbasi expressed that Pakistan was created in the name of Islam and its constitution clearly envisaged that there could be nothing against the holy Quran, Sunnah and Shariah. Qazi referred to the verses of the holy Quran and some explicit clauses of Indecent Advertisement Act of 1963, which interpret vulgarity.

They specifically criticised news channels for spreading vulgarity in the guise of entertainment. They objected to showing vulgar dances and songs during news. The re-enactment and dramatisation of crime was also severely criticised by the participants as they said that this form of disgust in the garb of investigative journalism should not be tolerated by PEMRA.Jabbar and Hassan said that the media was not all about vulgarity. There might be 10 percent of total content objectionable, but rest of it was doing fine. They said technological advancements and cultural dynamism could not be enslaved in a rigid canvas.

Jabbar opposed involving the Council of Islamic Ideology in defining obscenity. He said that it was a tricky matter and would be difficult to evolve consensus. Hassan said that if something was undesirable to watch, you have option to switch the channel or completely switch off your TV.

“We absolve our responsibility by not teaching them good or bad and then shed our responsibility by putting iron curtains on media,” he said, adding that obscenity could not be confined only to ill-dressed models on TV channels but to him child labour, injustice to minorities, social imbalance, poverty, hunger and disloyal politicians were also obscene. Ziauddin, the veteran journalist, strongly endorsed viewpoint of Jabbar and Hassan. He, however, proposed to appoint an ombudsman for every media institution to ensure accountability. – Dailytimes