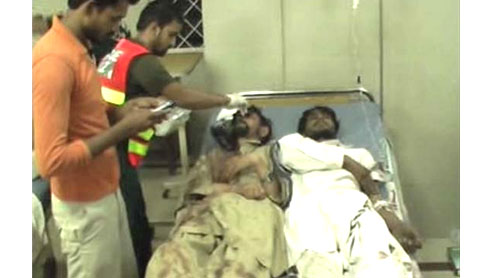 At least seven people were killed and eighty others were injured when two buses collided in DG Khan.

According to reports, the mishap came to pass after a Karachi-bound bus rammed into another, which was on its way to Peshawar.All the injured persons have been shifted to District Headquarter Hospital where conditions of at least twenty injured were stated to be critical.According to rescue officials, the accident occurred due to over-speeding. – Dunyanews